The theme this year is
​
"Mobilizing Media:
​Journalism for Social Change"

After the keynote there will be book signing of their new book
How We Fight White Supremacy
Moderator: Roselande Louis
Opening Artists: Danielle Carr and Lia Garcia
Emcee: Moriah McDuffie 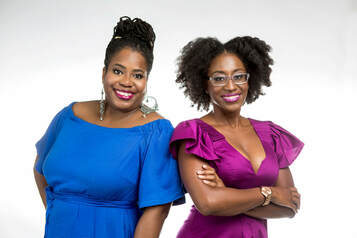 Photo Credit: Kea Dupree Alfred, Kea Dupree Photography
Photography courtesty of Natalia Veras. Natalia Veras is a visual creator based in New York. She specializes in graphic design, photography, and videography. Her work focuses on pop art and Black culture. For more of her work check her website http://culture-face.com and her instagram http://instagram.com/cultureface 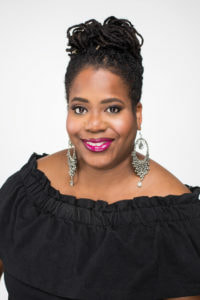 Akiba Solomon
Author, Journalist
Senior Editorial Director, Colorlines
Co-Author, How We Fight White Supremacy: A Field Guide to Black Resistance
​
Akiba Solomon is the Senior Editorial Director of Colorlines. She is an NABJ-Award winning journalist from West Philadelphia. Online, she has written about culture and the intersection between gender and race for Ebony, Dissent, Essence and POZ. As Colorlines’ inaugural reporting fellow, Solomon reported on reproductive health access for women of color. Solomon has also been a health editor for Essence, a researcher for Glamour and a senior editor for the print versions of Vibe Vixen and The Source.
​
Her new book, How We Fight White Supremacy: A Field Guide to Black Resistance (Bold Type Books, 2019), coauthored with Kenrya Rankin—documents the work of Black people inching the nation closer to justice both in and outside the spotlight, and asks readers to join the battle to make our collective freedom dream lucid. Solomon was the coeditor “Naked: Black Women Bare All About Their Skin, Hair, Lips, Hips and Other Parts.”As a panelist, she has spoken about women’s and social justice issues at a range of institutions including The Schomburg Center for the Research in Black Culture, Stanford University, Yale University and Harvard University. 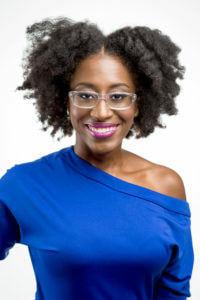 Photo Credit: Kea Dupree Alfred, Kea Dupree Photography
​Kenrya Rankin
Author, Journalist
Editorial Director, Colorlines
Co-Author, How We Fight White Supremacy: A Field Guide to Black Resistance
​​
Kenrya Rankin is an award-winning author, journalist, editorial consultant, speaker and on-air talent whose insight has been tapped by leading outlets, including The New York Times, The Huffington Post and ThinkProgress. From books to news analysis to breastfeeding primers, she creates dynamic content that amplifies the lived experiences, advocacy and work of people of color and shifts the narrative around who deserves liberation, justice and dignity in America.

Raised by a Black nationalist father in Cleveland, Ohio, Kenrya learned early how White supremacy and its attendant -isms impact the lives of those pushed to the margins, including people of color, women and femmes, folks living with disabilities and members of the LGBTQIA+ community. She currently serves as editorial director at Colorlines, where her activist self shines through via work that centers POC and reimagines what it looks like to engage them in a way that doesn’t require begging for their humanity.

As a journalist and editor, her work has appeared in dozens of national publications—including Fast Company, Ebony and Glamour—and has been translated into 21 languages. She writes about everything from literature to technology, but her heart lies with racial justice, identity and parenting. So it’s fitting that she is the founder and editorial director of parenting site BlackAndGreenMama.com and is a practicing birth and postpartum doula at Mama’s Intuition Doula + Lactation Services.

A 20-year veteran in the editorial space, she has run a successful consultancy for a decade and previously served on staff at Reader’s Digest, Latina, Uptown Magazine and as a contributing editor at ShopSmart. She has published four books, including Bet on Black: African-American Women Celebrate Fatherhood in the Age of Barack Obama. Her upcoming title--How We Fight White Supremacy: A Field Guide to Black Resistance (Nation Books, March 26, 2019), coauthored with Akiba Solomon—documents the work of Black people inching the nation closer to justice both in and outside the spotlight, and asks readers to join the battle to make our collective freedom dream lucid.
Kenrya earned her undergraduate degree in journalism from Howard University and her master’s degree in publishing from New York University. She is a proud native of Cleveland, Ohio, and currently lives in the Washington, D.C. area with her brilliant artist daughter. 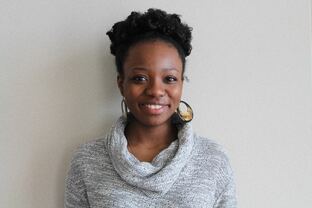 ​​Roselande serves as the Ms. Foundation for Women’s Economic Justice Program Associate. She has over three years of experience in supporting community-­based organizations and community development initiatives, from grassroots police reform organizing to building capacity for corporate days of service. She graduated with honors from Manhattanville College, where she majored in finance and minored in political science. Roselande’s passion for community and economic development led her to organize Manhattanville’s first Diversity Career Summit and a life skills workshop series for youth in the Westchester, New York area.
In an effort to fight poverty in her city, Roselande served as an AmeriCorps VISTA in the New York City Mayor’s Office. As an AmeriCorps member, she helped operationalize a youth advocacy program which civically engaged over 1000 youth voices that were brought to the center of influencing policy, practice and service solutions across New York City.
At the Ms. Foundation for Women, Roselande supports the economic justice program’s grantmaking in the areas of childcare equity and affordability as well as low wage worker rights. In addition, she supports grantee relations, capacity building efforts and programmatic initiatives with a focus on centering issues that impact women of color in order to build collective power for all.
Roselande has received various awards for her commitment to service including the MasterCard Business Resource Group (BRG) and Benjamin A. Gilman International Scholarship. Roselande is a proud first-­generation Haitian American and lives in New York. 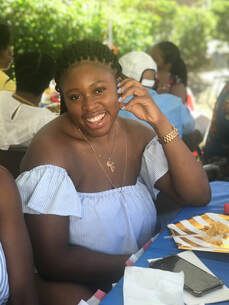 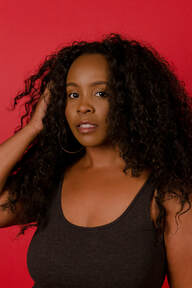 Danielle Carr, a rising young singer, songwriter and producer, is an independent artist based in New York whose objective is to, in her words, "Open peoples eyes, and soothe people's ears." A refreshing, soulful mixture of  Pop, R&B, Jazz, Hip-Hop and even Indie favoring melodies along with a powerful pen; Danielle creates lyrics that give the audience no choice but to feel penetrated completely by her wave of talent. Her ability to cater to any genre, a graceful powerhouse with stage presence, all while deliberately sending an important message to her audience, will blow you away. 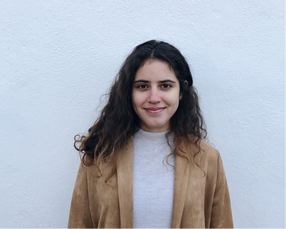 ​Opening Artist: Lia Garcia
Artist
​​Manhattanville College 2020
​
​Lia was born in the Dominican Republic to artist parents. She moved to New York at the age of eighteen to study sociology and studio art. Her focus on portraits comes from her profound interest in human facial expressions, which work has been displayed in solo and conjoint art shows in New York, France, the Dominican Republic.  Lia's work can be found on Instagram @lgb_art or online at liagb.crevado.com

Sign the petition to create an Ella Baker Day in South Carolina at bit.ly/EBD-SC
You can also download the flyer here:

Join us for Baltimore’s 3rd annual Ella Baker Day! Ella Baker Days have been popping up all over the country as a way to honor and celebrate Ms. Baker’s lifetime of community organizing and civil rights activism on behalf of communities (and especially women) of color. The event is an annual event held each April - this tradition originally started in response to a 2010 declaration by then-Governor of Virginia, who declared April "Confederate History Month" as a celebration of the confederacy. Ella Baker Day was founded that year at the University of Virginia as a way to push back against this dangerous and unjust narrative, and has grown exponentially in the past 8 years. For the last three years, Ella Baker Day Baltimore has been envisioned as a way to connect with local youth in our community who are active in their pursuit of activism and social justice via art. We are inviting youth to showcase their social justice and activism-themed art at the event, which is April 4th at 6:30pm at 2640 Space. There will be refreshments served, as well as performances by a local theatre company, Wombwork Productions, Inc., and a local singer-songwriter-activist, QueenEarth. Find out more about Baltimore’s Ella Baker Day at http://www.ellabakerdaybaltimore.org/; follow us on Facebook and Instragram @ellabakerdaybaltimore. Find out more about the national campaign at http://www.supportellabakerday.com/. Know a Baltimore City K-12 student who wants to submit their art for the showcase? Submissions can be received through March 21 at http://tinyurl.com/loyebd2019. ​

NEWS FLASH!!!Ella Baker Day is now recognized by the State of North Carolina!!