In April of 2016, for the first time, we had multiple Ella Baker Days throughout the country; one in New York, one in North Carolina, and one in South Carolina. Information on the EBD held at Manhattanville College is below. 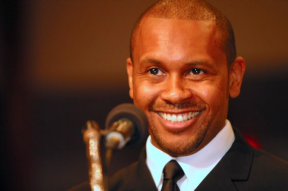 Keynote speaker Kevin Powell is a political activist, poet, writer, entrepreneur, and president and co-founder of BK Nation, a multicultural organization focused on critical issues such as education, civic engagement, and health and wellness. Powell also recognizes the importance of the arts as he produced the first exhibit on the history of hip-hop in America at the Rock and Roll Hall of Fame and has a forthcoming book on the biography of rapper Tupac Shakur.  He is the author of 11 books and after the talk he will be signing his most recent book, “The Education of Kevin Powell: A Boy’s Journey into Manhood.”  See more on his website at Kevinpowell.net


Poster Presentations on The Vote by Manhattanville Students: